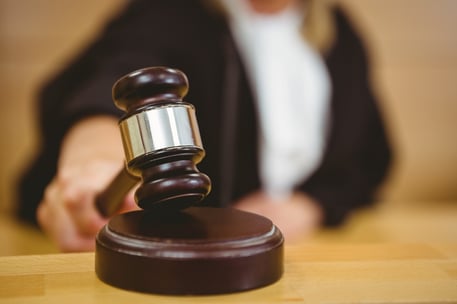 On March 16th, 2018, the United States Court of Appeals for the District of Columbia Circuit reversed some components of the Federal Communication Commission’s 2015 TCPA rules while upholding others. The decision on ACA International v. Federal Communications Commission, which was being eagerly awaited by the debt collection industry, is expected to have major implications. The following are 4 things collectors need to be aware of regarding the outcome of this case:

1. Expansion of autodialer definition was overturned.

One of the major points of concern regarding the FCC's 2015 Declaratory Ruling and Order was the expansion of what was considered to be an autodialer. The order stated that any device that has the present or future ability to operate as an autodialer, meaning nearly all smartphones, computers, and a myriad of other devices, would be subject to regulation by the Telephone Consumer Protection Act. The aim of this ruling was to enhance consumer protections, but ACA International argued that the standard was overly broad.

The judges in this case agreed with the plaintiffs on this particular point. The court's unanimous decision stated that it would be completely unreasonable to include the use of, "the most ubiquitous type of phone equipment known, used countless times each day for routine communications by the vast majority of people in the country,” as an infringement of federal law. This is unreasonable because the standard would mean "nearly every American is a TCPA-violator-in-waiting, if not a violator-in fact.”

2. The FCC’s standard for reassigned phone numbers was reversed.

Another provision adopted by the FCC in 2015 that was reversed in this recent decision was the one-call safe harbor standard. This standard legally restricted collectors to making a single call or sending a single message when a consenting party's number switched to a non-consenting party. ACA International and other organizations representing collectors argued that the rule would turn many good-faith collectors into law breakers for no justifiable reason.

The court agreed with the petitioners and stated that the rule was “arbitrary and capricious," for several reasons. One, no system exists for tracking reassigned numbers, placing the burden on collectors to find out when a reassignment happens. Also, the FCC gave no reasonable justification in its 2015 order for why the safe-harbor standard should be limited to a single call or message. As a result of the court's ruling, the FCC has begun to explore methods for tracking reassigned numbers.

3. The revocation of consent standard was upheld.

The FCC's current standard for revoking consent is very broad. According the the 2015 TCPA order, "a called party may revoke consent at any time and through any reasonable means. A caller may not limit the manner in which revocation may occur.” ACA International argued that this provision placed unfair restrictions on businesses looking to fairly collect debts, especially from consumers who provided consent in fairly bargained contracts.

The DC appellate court decided to uphold the FCC's current rules, stating that consumers should have the right to revoke consent through any reasonable method whether it be orally or in writing. In addition, collectors may not limit the methods by which consumers can revoke their consent. As a result, collectors will need to find ways to accurately record and disseminate information related to parties who have requested revocation.

The FCC made an exemption for certain time-sensitive healthcare related calls in its 2015 TCPA autodialer restriction provisions. Many petitioners from the healthcare industry, however, pushed for an expanded exemption, arguing that calls related to debt collections, solicitation, billing, or other financial content should be included. The court disagreed and upheld the narrowly defined exemption. Thus, autodialer exemptions are limited to healthcare calls related to things like appointment confirmations, wellness checkups, lab results, home healthcare instructions, and prescription notifications.