Trump's Presidency - Is it good for physicians and patients?

Even before his inauguration, President Trump made one thing very clear – from medical research to patient care – changes will be made to healthcare in the United States under his administration. There are a number of questions about the plans of a Donald Trump administration in regards to healthcare. At the top of the agenda is the Affordable Care Act.  The Affordable Care Act is collapsing and needs fast and thoughtful Congressional action. Insurance premiums are skyrocketing, major insurers have already left the exchanges and a growing number of patients are facing even higher costs and fewer choices.

Fewer and fewer physicians are accepting exchange insurance due to very low reimbursement rates – often only pennies on the dollar.

Reactions from physicians to the new president has been mixed. Some are hopeful about fewer regulations interfering with their practices; while others have doubts about how currently insured patients will stay insured.

“If Donald Trump does what he said he was going to do, medicine is in for an exciting ride through the removal of useless regulations …,” says H.L. Greenberg, MD, a Las Vegas, Nevada-based dermatologist.

"There is finally a glimmer of hope that the crushing burden that government has placed on medicine may be lifted under a new president," says Christopher Claydon, MD, an internist from Grass Valley, California.

Carla Lambert, MD, a family physician from Beltsville, Maryland, is concerned about sudden changes: “Unless he creates something to replace the current system, roughly half of my patients will be affected ... I'm really not sure my solo practice can survive an abrupt change like that.”

While the lack of a solid plan has some physicians waiting for more details, many believe President Trump has a good chance to address flaws in the current system. 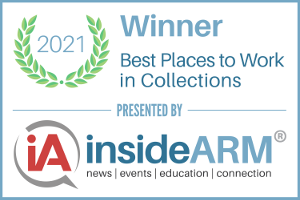